that one profile generator I found that one time https://aamatniekss.itch.io/avatar-maker-na

Do not buy copper from me.

I appreciate yall's commitment to the bit

Anyhoo I made my decision shortly after posting; I like the pun but prefer a mono-good-vibes deck

Meet me again at cheff at gamedev place. I've already forgotten when cybre will go read-only but clearly it's post-today

I've decided to tolerate potentially bringing along followbots; a new account would be no cleaner than this and I'm liable to lose real people if I do so

Call me sentimental; I'd rather not let one instance of running my mouth obliterate my identity, if only since others who have Logged Off made me sad to miss them. I don't presume others will feel that way about me, but I'm egotistically open to the possibility

My chemotional struggles won't directly be documented; I've found more success in silence, but perhaps I will assemble a how-to guide once I've made more progress.

@DrSagan Indirectly, sure, but I am not the first person that our righteous indignation crew has grilled off a platform.

I wonder if someone reported me and chr didn't want to deal with it, or if the bad vibes I stirred up were enough to shut the thing down.
Maybe maintaining the fork didn't seem worth it anymore

I know what I said caused pain. The knowledge that hardened hearts like mine are out there hurts; it's evidence that the wider world may actually be apathetic to your plight, not just unknowing; you can't achieve safety just by telling more people you need help, you will have to make it for yourself.

What you, personally, have taught me is that the 'friendships' I garner online are not loyal to me, and so I should act vice-versa. You won't forgive me for one harsh belief like a friend would, and so I don't need to consider your judgements like I would a friend's.

In other news, I'm waffling between making a second "private" masto account to forward this to, or just forwarding this to the 'main' that crossposts to twitter.

In either case, I expect to use it more for joke tidbits and promotion, rather than thought/opinion/takeposting. After killing cybre off, that doesn't feel safe anymore.

I went a whole day without yesterday; intentionally, rather than accidentally. Are you proud of me?

Had a dream about hanging out with my deceased pet and flying around my grandparent's neighborhood at night; pretty radical all things considered.

@jessmahler Feels very much like this mirrors "lesbian" pornography produced for (and, in non-photographic art, often by) straight men. The feeling like dying of thirst; that you'd take anybody who'd have you, and you're pining away alone until that magic moment when somebody finally touches you and you fall in love from gratitude, so frequent in a point-of-view character, would likely be alien to your average cis lesbian, just as the lovesickness, top/bottom emotional dichotomy, comfort-of-possession and feeling of true rightness would be lacking in a by-a-gay-author gay romance.

We're all looking for love, but we yearn for different parts of it, and we fantasize about finding our desires in a partner.

As all dreams, it's my brain gauging my reaction to a hypothetical, but

Another late night on OEIS

The Mister Poopy Butthole episode is about Youtubers and Mario.

Regular cc did not capture the quote, though this also captured it badly.

But it well sums up the antidote to aimless ill-feeling; the hatred for figureheads that absolves us of responsibility through inability

If bezos were lex luthor causing climate change, if trump singlehandedly spread covid to the states, if biden caused the oil crisis and putin the war, we victims could simply eliminate those villains and solve everything.

But alas, to ship from Amazon or an etsy store, you must consume several kilojoules, burned from hydrocarbon or charged into rare earth batteries. Not enough of us could stay home at once to stop covid, masks and lockdowns or no. I can't say what the russians' motivation is, but I know the minds that feel that way are plural.

Thus we agonize and wish for sudden change, though it may only come through the continuation of current slow progress. 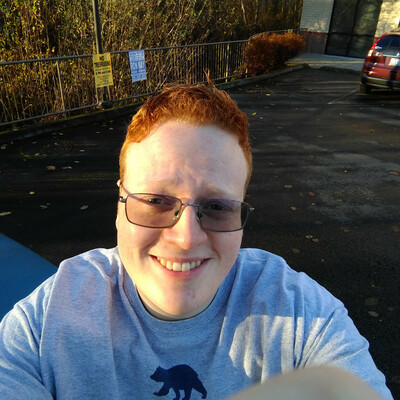 Some call me "rae" @bowlercaptain@x0r.be

Hey segafriends, so say, just for argument, that I want to make a siivagunner of precisely Casino Night Zone from Sonic The Hedgehog 2. Can you recommend a tracker and/or mod file source for me to rearrange the patches from?

I see an .xm on modArchive, but it sounds more 90s-midi than Genesisy. I'm guessing that's a side-effect of player bitrate?

@prehensile "Bring your docs or we're not letting you on that friggin plane. I don't care if you're Michelle Obama or elvis presley, face recognition ain't good enough.

@cy If minetest, a video game, is a cool thing someone made, but Bone's cafe, a video game someone made, is addictive time-wasting, then you are welcome to draw the line there. I suppose I am ad-man-ing for the small team that made it, but more so I was informing you about playable-already prior-art in the design space you were describing, in case you'd rather spend a dozen bucks versus wait for the mod to get completed.

I too struggle with the futility of gaming and the predation of being a game-seller, but it is how the bills get paid, so I choose to overlook that struggle.

I guess the difference with minetest is its openness. Is your beef with sold games that they're closed-source?

@cy I'd be very into Mikmin, that's for sure.

In the meantime, might I interest you in game-I-learned-of-recently Bone's cafe? https://store.steampowered.com/app/1739070/Bones_Cafe/

You play a necromancer whose unfortunate customers' skeletons repeat the actions you teach them, resulting in sprawling loop-automation.

after completing the drill stack to the printer's size limits,

but before it hit the ground and exploded because I deleted one too many of the support blocks.

I swear it was supported on the other side

very normal blueprints on a sunday 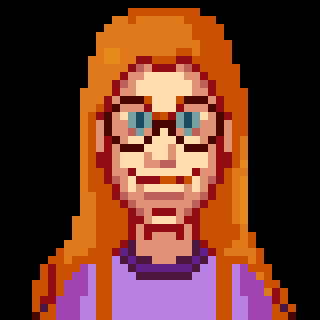 that one profile generator I found that one time https://aamatniekss.itch.io/avatar-maker-na

Do not buy copper from me.