I'm beginning to see a trend: People truly hoping things do *not* become movies, because of the amazingly awful things Hollywood does to turn things into movies. 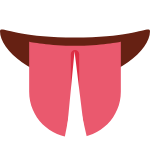 @viciousviscosity
Is this new? I thought this has been a thing for a long time

@v
That hasn't been the experience in my circles until recently. I hope the trend continues.

@viciousviscosity Can I add remakes?

As in, if they remake the Golden Girls, I'm going to riot.

@fidgety
Ugh, I am sick of remakes/reboots.

@remotenemesis @viciousviscosity I'm going to disagree. If they're done well, then they're good. I can think of quite a few that I've liked, mainly because there have been side characters that stuck with me, and I wanted to know who they were before the main story started.

Even though I hate Anne Rice's stuff, "The Vampire Lestat" is a good example. There was enough there to write a detailed story about his origins.

(Also, I'd like to write one for at least one of my characters, if not two. I tend to go heavy on backstories, even if I never use them in the main story itself. I think you know that.)

@fidgety
Hmm, I think origin stories can work - but Tired of seeing them on screen.

I enjoy learning about the characters through the stories, and it usually takes more than a single story to paint them.

I've also been disappointed with some origin stories, often they haven't lived up to the expectation I had in my head.

But for writing my own characters, I completely understand.

@jeff
Hmm, I haven't seen or read it. But I have been making a point to read any books before watching the series/movies.

@jeff @viciousviscosity The Expanse series is OK, not as good as the books, and the timeline is different, but good enough to criticize. Actors are hit or miss. They don't make the long travel times clear enough. One improvement: No space zombies, the stuff is more fungal-looking.

@mdhughes @viciousviscosity oh damn, I kinda wanted to see how they would portray the zombies on TV 😅 I only just started reading the books; on book 3 right now, so no spoilers please!