For #InternationalMensDay I want to share this reprint of an old poster circulating in german autonomous spaces in the 80s - It is definitely not perfect, but I've had it hanging in my old flat and it resonated with a lot of people who were not in the habit of questioning concepts like hegemonial masculinity. It roughly translates to:

"For centuries we had to be strong to fight for our honour in wars, the factory or the office. When we don't give orders, we follow them!
Violence against others is normal for many of us. Every third woman will experience sexualized violence in her lifetime!
But enough is enoug!
An end to strength, honour and all that shit! Let us finally learn to live as humans, self-determined and in solidarity, instead of constantly asserting ourselves as a man.
MEN! Understand the patriarchy as an attack on your humanity (as well)" 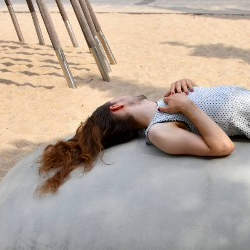 @tobbsn This is super interesting to me. I'm a Freemason and one of the things a lot of modern Masonic writers talk about is how modern men really need to embrace the non toxic side of the masculine. We can be strong and yet not act like testosterone poisoned jerks all the time. These are not mutually exclusive things :)

Super interesting book on the topic, but with a very American focus: