cybre.space has reached the end-of-life and is now read-only. Please see the EOL announcement for details
May 18, 2022, 19:55

It's a "Mostly Mutable" system, which I've been trying to put together since forever ago. Now that Emilie is getting out of the game, I've decided it's now or never, so I've sourced 208hp (in two rows) of Mutable and XAOC gear.

It'll be sequenced by Marbles and Frames, modulated by Peaks, Tides, and Batumi (with Poti), voiced by Plaits, Braids, and Rings, and effected by Beads, Clouds*, and Kamieniec, with Maths, O/A/x2, and Out v3 assisting with various functions.

This is a big milestone for me, because I sold off _all_ my Mutable modules and most of my modular gear when my father died last year. I lost my ability to create and blamed it on my gear when, well, there's a much more obvious reason.

It's a pretty "modey" system; Batumi, Clouds, Rings, Plaits, and Braids are all very much N-in-1 modules, which means that it's sort of meta-modular. Each patch will involve selecting which instruments I want to use, both by patching and by setting modules' modes.

Lots of fun secrets hidden in these modules, too, like Kamieniec's built-in LFO stage which can just be used as a normal LFO.

Oh, also worth mentioning Ripples! It's my favorite filter of all time, and I'm going to have _both_ v1 and v2. Ripples is a gorgeous synth all by itself - you can self-patch FM, play it like an oscillator, and more - but with two of them and a phase rotator in Kamieniec, I'm going to have tons of fun just building self-playing all-analog patches.

The best part of Eurorack is that it teaches you just how wacky things can get with two filters and an oscillator - which is fundamentally a necessary intuition if you're going to do any kind of analog electronics. 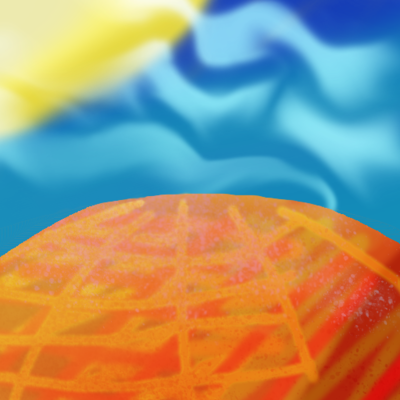 @tindall what kind of things can you do with just those? is there a good super simple summary of shenanigans?

@hillexed well, each one of them can be a sine oscillator, and they can both be AM'd and FM'd at audio rates, so you can make a heck of a complex oscillator !