I think a lot of people kind of underestimate just how easy _and common_ it was for children to access extremely disturbing content online in the late 2000s and early 2010s.

Like, I know there were plenty of people who never got mixed up in that stuff, but the "hacker culture" of the time was half Goatse, 2g1c, etc references. Like that trauma was a rite of passage.

effects on young men in UK

@tindall I remember a lot of late teen/young adult lads (not necessarily hackers, just lads who had access to computers/internet) who would spend the hours after raves/clubbing (particularly on comedowns from drugs) just trying to gross each other out with that they could find online, and unfortunately it *did* seem to desensitise them to bad things happening IRL (that whole scene became a cesspool and various forms of abusive behaviour became increasingly common)

effects on young men in UK

@tindall a lot of this simply got blamed on "drugs warping peoples minds", but I was part of that scene myself from 1989 to 2009 (and also one of the first people to use the Internet as part of it) and this was *not* a problem until the later part of the 2000s (before then the Internet was more often used for more wholesome things like finding info on tech for independent website design and music production)

@tindall seriously. i remember when rickrolling came around, and i was just so happy that we had something so innocent to replace goatse.

@tindall (also important to remember that teens have been trying to shock each other with fucked up shit forever; i remember a huge moral panic over "faces of death" on vhs)

@tindall As someone who was visiting sites like Dan's Gallery of the Grotesque in the 90s, I will say it was extremely easy.

@artilectzed Yeah, that doesn't surprise me. It's mostly still out there, but it seems to me like the very-online cultures these days rely on it a lot less.

@tindall Indeed. There were years where trying to trick someone into viewing the pictures was the big lols game. Rickrolling, in a way, uh... changed? the bar for that. I don' t know if that's rising or lowering.

Maybe I'm just not hanging out in the "right" places anymore. If that's the case, so be it. 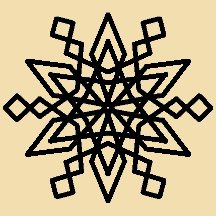 @tindall I guess my question is really around your identification of the time period, roughly a decade ago: you call out that time, from which I infer a distinction. Like, that’s a time period that’s somehow different from some other time period. And so I ask, is that what you’re suggesting? And if so, what’s the other time period, where it was different?

@pirateguillermo Well, I wasn't on the 'net at all in the 90s. Some replies in this thread make me think a similar culture existed in the late 90s, which makes sense.

But for me, the real shift away from this "shock culture" online happened when some of the more mainstream teen-oriented platforms, like Tumblr and Instagram, became very popular outside of specific demographics. It meant that the people coming in to these cultures didn't grow up on IRC or XMPP networks, where things were more ephemeral and private, but rather out in the open; it was seen as much less acceptable to troll someone by showing them something shocking, partly because that interaction would, by default, be recorded semipermanently.

This was especially evident to me as someone who was, at the same time, part of "boys club" gamer nonsense, and the thriving (and socially somewhat more sensitive) online LGBTQ+ community in the early 2010s. The teen/20s gamers still did this shit, but none of the young queers did.

@pirateguillermo I think it's part of the reason that spaces like imageboards and ephemeral E2EE chatrooms have become more and more radicalized spaces. There are other reasons, but the currency of communication there is abuse and trauma, and that's no longer seen as acceptable in a more mainstream and, frankly, more corporate Web.

@tindall You may be onto something with your point about ephemeral communication. I observe with hope the reframing of “cancel culture” as “consequence culture”. I’m not quite sure how to say what I mean, but I suspect that there’s a lot going into toxic / shocking comments beyond the idea of speech as performance without consequence. So I wonder if some of what you’re seeing isn’t simply the toxic discourse happening in places you aren’t looking at (anymore/yet)?