A White-techbro-dominated web will never be a good one.

So what do we -- a community of BIPOC non-White queer techfolx (and our allies) -- do about it, gang?

What I'd say, is what if the idea of free/open-source had kind of a "makeover" when it came to its goals.

There aren't too many people against the idea of software being open, or even free for consumption (notwithstanding corporate vampires, anyway).

But what good is FOSS if that's *only* what it stands for?

Any asshole can lobby for their own existence. It's what you believe beyond that that's the secret, sauce.

I would love it if libre software actually meant "We understand that liberation for all means unwinding the white supremacist, patriarchal capitalist structures."

That said, in my time collaborating with the Ethical Source folks there was very little emphasis on _removing_ power from exploitative and abusive actors outside of "human rights" violations.

@somarasu A significant part of the work I've been doing at Zinc has been about setting up a sustainable way of working where we can execute upon the initiatives requested by local BIPOC and queer led mutual aid and mutual benefit organizations.

It's taken a couple years (we move at the speed of community, and COVID reduced the amount of extra-curricular energy we've had available).

FLOSS Will Eat Itself @don@goodman-wilson.com

@Zee@social.coop @somarasu@cybre.space I certainly tried to expand the thinking in this direction, but it largely was just shouting into the void. And as you can imagine the OSI was not especially interested in hearing it, though they did give me a platform to speak.

@don @somarasu exactly. This is why all #ZincCoop work is licensed in a proprietary license for groups/organizations/companies, free/libre for individuals for worker cooperatives.

So many non profits and government agencies are exploitative or downright abusive across class, racial, gender, and sexual orientation that even a libre non-commercial license gives away too much.

FLOSS Will Eat Itself @don@goodman-wilson.com

@Zee@social.coop @somarasu@cybre.space Yes. See the recent scandals around the Dutch tax service which created blatantly racist policies for evaluating whether families were abusing the child care allowance. They willingly drove many non-white families to destitution with false claims of fraud. https://nl.m.wikipedia.org/wiki/Toeslagenaffaire

@somarasu I think this is the hitch though; the reason FOSS has been so successful is because that's all it is. It allows for broad participation from many groups.

Really, the greatest innovation of FOSS was that the licenses themselves allow companies to throw massive resources behind these projects, allowing them to be competitive with proprietary software.

I just don't see how "FOSS 2.0" can succeed without resourcing. The most promising approaches have been e.g. European government grants... but that still doesn't center the right groups.

Good software requires the investment of a lot of expensive and scarce labour. The original movement was able to dedicate this through a combination of academic sponsorship (where resources existed thanks to computing's military origins) and the free time of well-off cishet white dude programmers. ¯\_(ツ)_/¯ 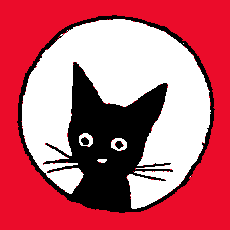 @somarasu I dunno about anyone else, but I'm building murderbots.

@somarasu (Note for the reality- and humor-impaired: I am /not/ building murderbots).