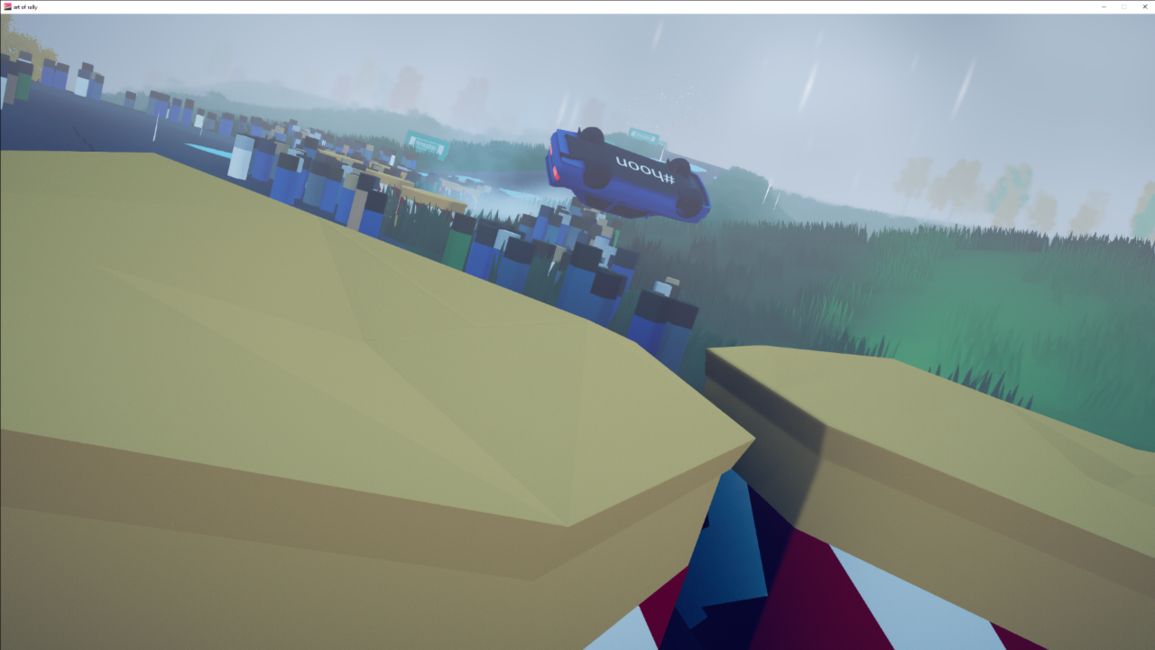 Ghost in the Bourne shell. I fight for the users. Privacy, Emacs, Decentralization, Human Rights. Phoenix raised, San Francisco razed, Seattle resident. they/them if you need talk about me in third person but i am right here

By the power of MACHINE LEARNING!

Hey, thanks for stopping by my profile page. If you like the content your see here, consider subscribing to receive exclusive private content by hitting the Follow button. No narcs! Have a good day.

My desktop window manager is Emacs (http://doc.rix.si/cce/cce.html), and my keyboards are fly. I live in Seattle and work for a SF Bay are tech company building user data rights tools and privacy infrastructure. I toot about #tea and #gunpla and shit post about weed.

rms as a hypebeast

low key losing my shit over this latest SUPREME collab

Got Tidal Cycles installed with nix-shell and hacked Emacs in to letting me live-code to a live Tidal process running in the nix-shell... everything uses make-process and whatnot which expect a program name, not a shell string. messy.

i think i'm gonna defoliate my ficus #bonsai tomorrow, i have supplies to re-pot and trim the roots coming soon, as well as a starter setup for the maple seeds i've been cold storing all winter. i think a few survived without molding, i'm hoping to bring at least five of the seedlings up this year.

it's tvsf, not The Volume Settings Folder, you jerks !!!

https://redacted.ch/collages.php?id=676 This Redacted collection compiling all the use of the amen break is pretty neat.

Of course I got convinced to blindly buy a bike rack at REI that doesn’t fit my frame. I’ll just strap the bike and rack to my other bike and ride it all down there for fitting (??)

prototyping an aball-compatible trackball module for the atreus

so, i have this GPD Pocket 2 acting as a nice little NixOS mule, but when I ssh from my Thinkpad to the GPD over my local wifi, both of them fall off the network until i sleep the GPD. (??)

i spent all afternoon locked in combat with this shit, and by god, it hit me that i fell in to this exact same tarpit the *last* time i was doing linux crimes! for some reason SSHing over my LAN between these two specific machines causes them both to no longer be able to communicate with anything until the GPD is shut.

it hit me like a pile of bricks when i finally saw wpa supplicant was emitting logs like "ctrl beacon event failed", then having network returning to my thinkpad the split second the gpd shut left me briefly speechless. then i remembered the last time this happened, HTTP worked over the LAN but SSH would crater the wifi. some day ill write a fable for my progeny. until then i am gonna scavenge an ether-based networking solution tomorrow, i guess.

3d printed new risers for my atreus. they're not balanced and they're ugly but they printed on 5 year old PLA that i have been keeping in my living room. newer, nicer PLA coming this week. https://www.thingiverse.com/thing:4687791

i'm ... still not sold on puerh i guess. i like it enough and it's complex and interesting but i am getting soo much enjoyment and growth out of oolongs and japanese green teas that it feels silly to dilute myself further exploring deeply. this is nice after half a dozen infusions though, i could see this getting me through quite a long morning in a way that my other teas simply can't.

the flower form of the #tea plant, only one flower between my two young plants and so late in the year!

and from the one what which had an illness earlier this year we had to fight and whose scars still show on the leaves. rooting for you!

a #TeaGLToast; looking forward to the rest of the talks today, enjoying some hojicha on a gray seattle day.

Ghost in the Bourne shell. I fight for the users. Privacy, Emacs, Decentralization, Human Rights. Phoenix raised, San Francisco razed, Seattle resident. they/them if you need talk about me in third person but i am right here