I've been spending my morning reading about the treatment of female hysteria, the underlying physiological theory bits, and I'm of the conclusion that no one ever actually studied anatomy on a live patient until about 1973.

The best is, of course, that forms of general malaise sprang up because if there isn't a baby anchoring the womb, it can wander around and get in the way of other organs. Oh, the tricksy uterus!

But there's so, so many things that had to be misunderstood to get to the point where some of these ideas even make sense. One is that only vaginal penetration is experienced sexually, which is my biggest "no I think this was straight up coerced sex therapy and they knew what they were doing" sign. Or maybe they would. We have all been confused on rare occasion by the people who are mystified to hear that, no, wearing a tampon isn't pleasant. 🤔🤔🤔

Midwives being generally put in charge of such treatments was a new one to me, actually.

I am playing navigator for this particular Sunday drive XD. I think Kurt actually wanted to go home awhile ago

Followed by someone else saying "I don't know who needs to hear this, but sometimes when good things aren't happening to you it's because you're the good thing happening to other people! 💕"

And Kurt chimes in with "humans are the good thing happening to the wildlife! 💞"

There's a retirement/independent living village nearby that is basically the set of The Prisoner. It is called "The Cottages" and has these immaculate paved walkways and the whole thing is basically theme park living for the wealthy elderly.

And it feels ominous AF.

They've just added a health facility there to the more assisted end of things with signs covered in printed emoji, etc. This is not making the vibe any better. 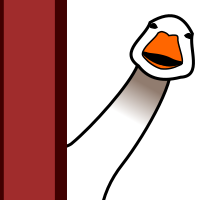 Neat, I'm on "indie fragrances that smell like petrichor" tiktok, that's about as niche as I've gotten in awhile

The photo with this multichromic eyeshadow listing basically explains at why a glance why I love playing with makeup. Humans are beautiful, faces are beautiful, but makeup creates a *mood*

Nice day, whew. My sweetie is enjoying playing with a new toy. I'm going to watch historical dramas and at some point have 🍦

I've got a bunch of internal combustion engine knowledge in my head I'll hopefully never need again and I would like to swap it out for either mushroom identification or lampshade decoration please, is this the right desk?

I have decided that lower decks isn't awful, their decision to center the most annoying character in a really caricaturish way for the first few episodes was awful. I sat through the whole thing and he looped and kept watching and the start was just as viscerally off-putting on third watch as the first

Tuffy clearly needs a romantic partner, where is giraffe tinder

Or like "plenty of acacia in the tree" I dunno, how do giraffes date anyway? He says he's not interested in hookups

Are there giant stuffed giraffes at the mall? Yes. Are there wiggly articulated wooden giraffes sold as models? Yes. Are there strange, abstract giraffes designed from children's drawings at IKEA? Yes. Do giraffes decorate a ridiculous number of children's room sets on TV? Yes. Is there a beautiful giraffe toy inside the Disneyland Pinocchio ride I did not notice across about 50 rides on it but suddenly saw front and center tonight with my giraffe beside me? Yes.

Ok that is great

Take a pair of regular rise jeans that and fit you well and wrap the waistband around your neck, see if the two sides meet.

Mine is an exact match, and now I can check sizes to match my natural waist at the thrift store, heck yeah

I'm sorry, I'm still back on the idea that in order to entice someone into a sex act, he would offer to buy her a HORSE

One horse. What does that get you?

🤔 This story is ridiculous, but under the circumstances it barely requires thought to say "sure, that tracks." But the bit about a flight attendant being encouraged by her superiors to, on her own time, under her own initiative, license as a masseuse to get ahead in that workplace makes it sound like there's a potential cascade of stories held back by NDAs, and not just about the one man.

This day has been awful

These body butters are real nice (from Etsy)
I did not know I specifically wanted to rub *striped* goo onto my papery thighs, and it is real fun pretending it's buttercream