People do realize the point of eating is fundamentally to go on living, right? Did I sidestep into the android dimension and not notice?

Lower digestibility does not mean "healthier"

What the actual fuck

What the hell is wrong with us?

No one told me what Fire Island was based on, I'm dying, this is adorable

My new thing is that I cook steel cut oats in the rice cooker, and then thinly slice apple into it with a wavy blade and stir it to break them up, and add butter and a little maple syrup and some lite salt for ✨ potassium ✨

And I'm just refusing to eat anything else for lunch now, this is fine thanks

Ranting is great sometimes
Usually I'm feeling sad and quiet when I get started and then suddenly I'm like "oh you were frustrated! That's okay! You are allowed to feel anger and frustration!"

I don't really believe it, but it feels good to put all that in order and let it catch like a controlled burn.

Why is Jiminy Cricket so creepy in this movie

It's a layer further out now and they're just talking about Vanessa Hudgens and Zac Efron.

And High School Musical, The Series is about a bunch of high school kids from that *same* high school, putting on the *same* musical, which has become super popular in the meantime, but which was ultimately made using the names of the original characters and the songs they wrote because the musical ultimately ended up entirely self-referential.

Ok got it, bring on campy fun now please

My interest in FIFA extends to this video and no further
https://www.tiktok.com/t/ZTR5eBSNf/

It's like... If you hate everyone, eat, if you think everyone hates you, sleep, if you can't shut up about your extremist viewpoint and are getting cruel about what you think the "right" solution is, please go read books, we have them for this purpose, go empathize.

I actually used to not be this way, and was pretty convinced that biodiversity needed to be preserved above all else and lobbied against mass residential construction and barrier construction and for runoff mitigation. I still think biodiversity is more important than humanity in the grand scheme of things, but not individual humans. I can be a lot more adult about it. And I'm losing patience for those who cannot, about their individual causes.

My interest in a cause stops where hurting people begins and I seriously cannot relate to those who do not feel the same way.

I think the most unworthy of laughter thing I always, ALWAYS laugh at is when Hornblower realizes all the ominous creaking is because he's standing on top of a hold full of rice and the seawater has gotten in. I forget that it's going to happen, and it's not funny to have to abandon ship, but....swelling rice breaking your boat XD

I have no idea what's going on with the movie Don't Worry Darling but I am in the mood for the most ridiculous, petty, low-stakes loathing those involved can possibly serve up. A train wreck that's just messed up relationships and celebs being vindictive and pissy in public? Gimme.

I was having fun being in the vaguely upright car seat for awhile and breathing fresh air and looking at wildflowers everywhere, had a coffee, didn't see any dogs but there were some nice butterflies 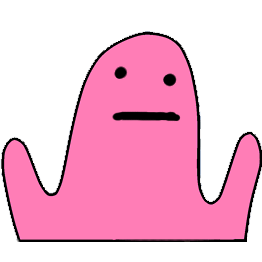 I pushed buttons and we had subs for dinner from a deli down the road. But, not a real deli. A gas station deli. And not the nice kind like Sheetz or something, just a clean corner in an ugly space I'd once noticed. So of course they were fantastic.

Rest area and travel food is such a specific and emotional thing for people who have done a lot of long-haul trips, it gets me somewhere deep in the spine and calms everything down. Some sort of learned message... with this break, you've topped up all your status bars, and everything's fine. Nothing to do but keep looking ahead.

I want an Australian sheepdog and I'm gonna teach it how to paint (they're good at it) but in the meantime I've been having fun with my new stuffed dog Kurt got me, I'm starting to think I'd enjoy making stuffed animals someday, there's such a fine between creepy and sweet 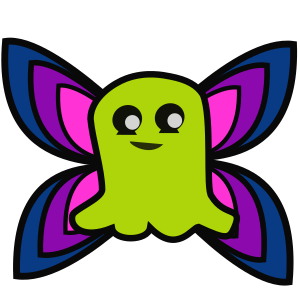