cybre.space has reached the end-of-life and is now read-only. Please see the EOL announcement for details
Mar 28, 2022, 19:00

I want to ramble about my OCs for my extremely self indulgent menhera mecha story because I've been working on them a lot and I like them.

Concuss is the main character, he's in the mech pilot program at Pastel Space School and acts very happy-go-lucky and carefree. This is all a ruse to hide that he is actually unhappy-go-unlucky and careMany.

Everyone thinks he's in love with his childhood friend, but he's actually in love with her boyfriend. He vents his secret gay feelings by pulling stunts in his mech that are borderline suicidal.

Viscera is Concuss's childhood friend, and is dating Concuss's bff. She's the oldest in the main cast, having graduated pastel space school as a full fledged mech pilot.

Viscera is bright, sunshiney, and an absolutely kickass fighter. She spends most of the story doing space war shit, which sucks because she's one of my favorites and I want her around more. Luckily videocalls and flashbacks are a thing.

Lacerae Shun (haha, get it? Laceration?) is Concuss's best friend. If Concuss married him he'd be Concuss Shun (haha I'm a riot).

Mister edgy Shadow the Hedgehog is actually very sweet. He loves to get pegged by his girlfriend, but unfortunately she is gone doing kickass mech shit in space so she cannot peg him.

In pastel space school he is undecided between being a pilot like his gf (and therefore be able to travel with her) or go with nursing, which he is Actually Good At. His whole character arc is stressing over his education track (and being too goddamn lovable).

Post-Op is in the medical track at Pastel Space School, where she met Lacerae. She fell in love with how loyal and kind he is when he talks about his girlfriend. But what if...SHE were his girlfriend? 👀

She actively tries to flirt with Lacerae, despite the fact that he is very taken. This eventually leads to her fake dating the dude's best friend (Concuss) so she can be closer to him, leading to the best enemies-to-besties relationship ever.

She is also chronically ill and soooooo tired. She just wants someone to take care of her. I love her so much.

IV is the resident she/they and mech piloting prodigy. She's polyamorous and currently dating the very sweet butch who works at the mech loading dock.

IV is a tall princely sword lesbian, and I love her design. She is hyper-competent and rules. She also may or may not be the endgame love interest for Post-Op. 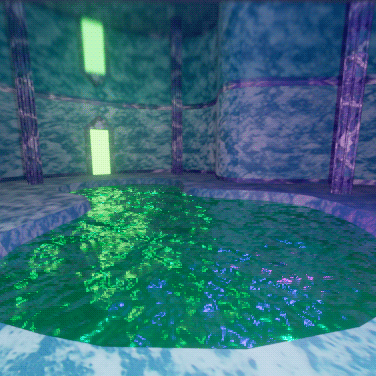 @noizpride I LOVE THEM ALL.. please feel free to dump to us about them any time 😭😭