Early cybernetic lifeform, going beyond re-inventing to make virtualforms we can endlessly settle into. 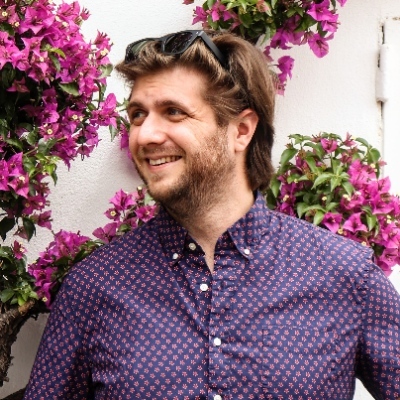 @cybre.space t+15hrs since end of timeline. i am beyond space & time.

out by University of Maryland, there was a liquor store Tick Tock Liquor.

it adds a little extra dimension of spicey suggestions to stories around TikTok for me. serendipity isn't quite the right word, but something like it, that there are these two adjacent things; a cache collision for the term.

Tick Tock was a wild place, with some pretty shady shit going on around it, word nothing of the various scams & extortions seemingly done by the store/owners themselves,
https://streetcarsuburbs.news/legal-troubles-continue-for-property-owners-named-in-jack-johnson-indictment/

this is kin & fellow to the idea of separating control & data planes. home has control, but data can go elsewhere.

the notion is murkied, because ultimately home needs most of the data, but the core idea is useful.

there's also a huge Accelerando inspired vibe here. matroyska brains, where local space has computation & throughput up the wazoo, and then the big empty dark, where we have much more limited resources. being connected at home is easy, but how do we bring our little light out into the dark? effectively & at cost.

one thing that might help #selfhosting some, personal computing some, is more edge-capable software.

like, i'd love to run, say, xmpp from my home server. but private. then have some "smart" but light weight fan-out relays on the edge, on small lightweight vps'es, that are public.

re-reading @cstross's Accelerando for the first time in >1 decade.

this book really does have "more" of sci-fi in it than nearly any other book. i forgot how very very far this goes.

(apologies, this tweet was structured weird: it's unclear what i am lamenting until too far in.)

i'd love to see CDP explored more broadly. what would it look like to have, for example, Unreal engine expose a CDP compatible interface? or imagine if per-user isolates could expose their own CDP endpoints to users? a lot of capabilities might not port or might not be safe to expose, but many probably would!

one ultra-cool think i did at work this year, for our node.js services, i attached a bunch of the various "things' we have to globalRoot. so now it's easy to connect to a service via CDP, and start poking at it's redis client, or pg client, or express app.

one brief thing i want to point out here,

> With the help of mitmproxy, I learned that this is actually just a WebView that embeds the website https://assistant.google.com/settings/routines, which loads fine in a normal web browser (as long as you’re logged in to a Google account). This made reverse engineering it a little easier.

not always, but the web can very often be a very nicely reverse-engineerable target.

being able to get Chrome DevTools Protocol access to a target machine lead to a lot of glorious exploration. imo this should be a common feature of most apps!

the Google Home exploit makes me a little sad. like the Jeep hack, it's another place where it's like, my god! the veil has been lifted! we the humans can see inside & now have control over this vast corporate computer system!
https://downrightnifty.me/blog/2022/12/26/hacking-google-home.html

but of course the corporate world always takes back. it's "insecure" to let users use devices in non-corporate-prescribed manner. all applications should have respectable runtimes, all systems should do only what they say on the tin.

these things always fill me with a sense of loss. circuit bending is verboten. each moment of clarity about our capability & possibility abot using them is also the moment where that possibility is killed. we are forever unable to pioneer off. 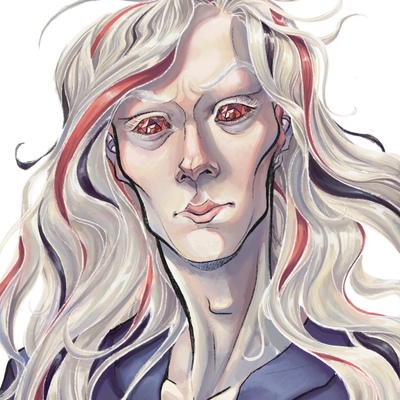 I don't think I have the compute cycles for this right now.

by far activitypub s best/only advantage is that it is a protocol, flexible, can be adapted & experience changed & altered.

it saddens me greatly that, from what i've seen, there is an overwhelming normatove, fear based, retrogressive camp here though. the idea that we just need less data & the world will be better is an alluring consevative simplification, that i simply think is out of touch, impractical/not-user-serving, and something that social blocking will never circumvent.

but as usual, the angry, vehememt, pissed off voices get to dominate & shape the conversation. in my view they offer little & condemn the growth & exploration that is our best potential.

it brings in a whole lot of other issues, but my parents have a bunch of places where they could really use, like, a lot of light sometimes, but also, not that much light other times. fixtures in the bathroom which gets good daylight but also needs to be night sensitive. overhead lights in the main floor, which has all kinds of different uses.

i don't need full color support. but adjustable color temperature would be nice.

the first bulbs i bought my parents were some philips 1760 lumen/100w bulbs, which, frankly, still don't seem as bright as i want, but probably are 100w equivalent. i wish we had some viable upgrades from here. ideally some iot/wifi control shouldn't really cost that much more. the wyze bulbs seem nice, but top out at 1100 lumen (75w ish), and we don't need the silly colors, just some color temperature.

i really wish more mainstream bulbs had CRI95+. i don't even really care about price per se, it just seems like the large commercial offerings aren't good, period.

intel historically had very aggressive nodes, their whatever nm being vastly more advanced & dense than the competitor, so some shift here makes sense. it's not all poppycock. i guess i knew they still hadnt made it out of their 10nm but seeing "intel node 7" definitely had mislead me.

i gotta say, especially given their process contraints, i've been fairly impressed by what intel's puttong down. im not sure that these E- and P-cores (as opposed to -H, -P, -K, -Y, -T series) really make that much sense, are really a win. but the new Xe gpu really put them back on the map & usb4 onboard is fantastic & overall the cores are pretty good, especially for such old but tock tock tock tocked out processes.

intel's caugh some flak for putting high-ish power -P chips in ultabooks. battery life is down some.

i have this weird hope though that we make ultradense ultrahot systems, but that they scale down nicely. power limit the chips on battery, way under what they are capable of. matt dillon of dragonflybsd was early to note how amazingly epyc 1g scaled down, how it was still an absolute beastly kernel compiling machine at less than half power. efficiency often goes way way way up when we power down.

i hope there's a viable strategy here. i want a couple big beefy cores. i want little elegant ultra books that can absolutely sweat when plugged in, that have big power, but also have restraint & can dial down into quiet & chill operations.

jfc mom has been browsing the web via the google search app, ffs.

running a personal site would be so much more awesome if we had better nanofunction platforms.

cloudflare workers are a pretty good model. but there needs to be something actually accessible & doable, with low overhead, on a cheap vps too.

wasm has some potential here long run, but there's not much of a platform for fast spawning low overhead nanofunctions right now.

it's exciting to imagine a future where we can finally have some shared libs again. feels utterly crucial to allowing independent management of small units. hot caches, small footprints. the modules mostly loaded, just making new instantiations with their own memory.

there's definitely a bunch of wsl configuring i could put in ansible, on both the win & linux sides. some wslconfig and /etc/wsl.conf stuff. that dnssd config. downloading & setting up debian might be possible too

Early cybernetic lifeform, going beyond re-inventing to make virtualforms we can endlessly settle into.