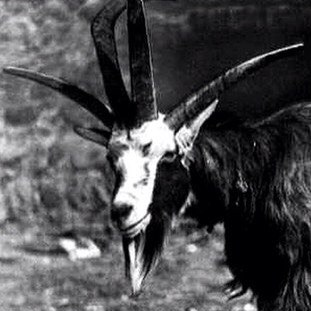 career goals: forest-witch who lives in a hole and curses people for money

fanfiction writers either produce a constant stream of hundreds of megafandom fics or crawl out from under a rock once every 2 years to post 1 fic for an obscure tv show from 10 years ago, there is no in-between

is this a fucking joke, I literally cant see what the design community is saying

is life on mars an isekai

tutorial on how to be hot

i wonder if person of interest was always supposed to pivot to cyberpunk from the start, or if the snowden thing made the writers' room go "oh dip, everything is WAY worse than we thought it was" and frantically rewrite the back half of the show

wow, f murray abraham's character constantly referencing his long history of sexual misconduct in mythic quest sure is Telling now that all this ubisoft stuff is coming out

"here's our best-performing ad, it's 45 minutes long and 90% of it is a critical analysis of a spat between two makeup youtubers"

it's the thing i also liked about rucka's run on batwoman, where the character was allowed to exist within a certain identity without that identity being presented as some kind of spectacle

this is, incidentally, something the batwoman tv show completely failed to do

i am forever asking my DM "what the fuck is this music?" and the answer is always lindsey stirling

We used to say the Web had shrunk to four websites where people posted only screenshots from the other three, let's not add a fifth one to that dumpster fire.

D&D Beyond selling virtual dice for real-world-money really is like Peak Microtransactions.

i've been rewatching person of interest and it's kind of adorable in retrospect when characters say things like "if anyone finds out we've been conducting mass surveillance on the american public, we're all going to jail"

"I also got a bad taste in my mouth from Twitter supporting kinds of speech that I don't particularly agree with, and I began to feel like putting my toys and art there was just adding value to the network. For a while I felt that the tradeoff was that the art I published there still enriched my life and the lives of my friends. At some point, though, I started to feel like the balance got out of whack, and I could do more good by putting my work on alternate networks and giving people a reason to get off Twitter. "

All cultural producers with some degree of audience and influence should really think about this: what structures do I validate by my presence? What and whose structures do I reinforce? What other places can I advantage?

i like to play rpg characters who have strong, often distasteful opinions. for example, my aasimar ranger believes it's impossible for wine to go bad because wine is grape juice that's already gone bad