brb rebranding the philosophy of foss as "socialist software" 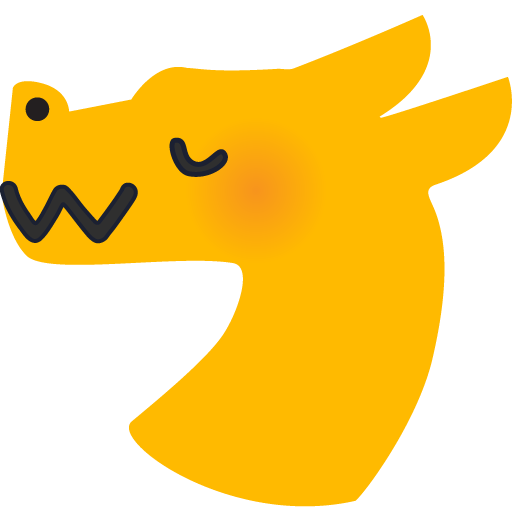 the reason it's "socialist" is because it's supposed to be political. like, when i write software and it's open source that's political. i am a political developer. the name "free software" or "open source" really easily depoliticizes something that is supposed to be inherently leftist and that needs to change

@brainblasted @haskal Socialist policy is when the government does stuff

And socialist software is when the software does stuff

socware? Needs a catchier title, but I like the idea. :D

@tamber @vantablack idk who that is but like, _big cough_ "suckless" for example

@haskal Not calling it "socialist" does have the advantage of "tricking" people who otherwise wouldn't be into free software into joining. I don't think I'd've gotten into free software so easily if it were called "socialist." This isn't a refutation of your argument, just pondering

@if the problem is when it's not clear that it's leftist then we get these right wing (liberatarian?) people in here and i don't like that tbh

@haskal @if I see that as a divide between Free Software and Open Source. The Open Source people intentionally made the language corporation-friendly.

does "socialist" imply a specific ideology though?

[like we've heard people going "socialism is by definition a step on the path to communism", what about critters who are left but aren't communist?]

@IceWolf is socialism not leftist?

@haskal It's the opposite! That not all leftism is socialism.

At least unless "socialism" just == leftism or something.

@IceWolf idk like, interpret the name however you want tbh

@IceWolf @haskal "socialist" implies a lot of different specific ideologies depending on context, and may qualify as an end in itself. however you shake it, FLOSS stuff does hit upon a bunch of the basic instrumental tenants of most socialist movements: simply doing good for your neighbors

@IceWolf @haskal you can take this a step further and not merely make the tool free/freely modifiable but make it a tool that directly reaches for socialist ends.

i made an android app that makes it a bit easier to pirate books by scanning the barcode on the back/on the shelf, and i tell anyone who will listen that i did it while thinking of a friend i had in community college who told me he was selling plasma to be able to *almost* afford both rent and a physics textbook

@nfd @IceWolf I think of it like "socialised health care" and other "socialised" things.
We create (or fund) it together and it belongs to all of us.
Even right-wing parties support socialised health care here, so it doesn't seem tied to a specific ideology to me (although in that case it might just be populism, as they wouldn't get many votes by saying they'll take it away.)

@owl @IceWolf well, from a probably-not-so-well-read-American's perspective, CDU/FDP skews center-right liberal, which may very well permit some social-democratic interventions to stick when they're popular and represented in parliament.

US politics mostly swing liberal/conservative, including in the *one* centre-left party we *practically* have, which typically seems it would lump FDP together with SDP on the fringe. Liberal/conservative media here tends to paint anything left-of-liberalism as a Bolshevik attack on *your innocent hard-working family,* and despite how interventions like socialized healthcare are actually really popular, the social-democrat faction of the Democratic party is too weak to actually push such popular policy through the Liberal wings.

Since Sanders' campaigns, there has been some strengthening in the social-democratic faction of the Democrats, as well as the AfD-flavored faction of the Republicans, so there's some mixed hope for stuff like socialized healthcare here.

@owl @IceWolf The point of all this basically is that I don't know you'd see support for socialized medicine in the center-right that you do without the social democratic pressure that SDP can actually exert in Parliament; it may actually serve as a balancing force that lets the center-right adopt policy that's actually popular among even their center-right constituents

Yah I really like the term "socialist software". I think being explicit about the (at least potential) leftism in software I think will go a long way not only to helping the software and communities around that software remain true to what matters but also create less space for the toxicity that unfortunately does not seem that uncommon in open source and free software communities.

@haskal Free software refers To freedom, how can a name that specifically highlights users' rights and freedom can "depoliticize" anything? 🤔

@haskal Instead of FOSS it's FASS. Free And Socialist Software.

@haskal
Open Source software is only socialist if their is some kind of continual support and sponsorship.

Otherwise it is pure anarchy.

@haskal iirc it took some deliberate effort to shake the perception of free software as "communism" so it could be seen as more legitimate by corporations and the mainstream in general. the quality of both code and community has suffered ever since, which, yeah, that was probably a huge mistake, and the exactly wrong direction, so you may be on to something…

@haskal agreed. while they've been profiting from so much community labor they don't support, the development they do fund favors their kinds of workloads and agendas, which, ime, have often seemed at odds with those of regular users. for 20 years i've watched it increasingly exploited for crappy user-hostile web apps and locked down products you don't really own or control, and meanwhile it's all been sideways development and regressions on the desktop.

I use arch btw   @pacmansyu@mstdn.social