Husband. Freemason, and raging nerd, in that order. I chase bright shiny things! I build clouds for a living. Retrocomputing, programming, science fiction.

Greetings cybre.space denizens! I ran my own instance for a while until it ate itself :) In that time I saw that some of the most interesting denizens of the Fediverse originated from this community! I love chatting about just about anything but especially #Python, retro-computing, games, and science fiction, or Freemasonry. I build clouds by day and chase bright shiny things by night :) I look forward to engaging with you all! #intro

@avolkov I really admire Django. In an era when micro-frameworks are the new shiny for most developers, it gets a LOT of things right that people screw up ALL THE TIME.

One of the great potential advantages of #FLOSS is that it can support special interest groups, such as the people needing particular #accessibility features: when a proprietary vendor decides this group is not worth investing in, you are out of luck. With FLOSS, ideally, all it takes is one contributor who cares to implement those features.

It's sad we don't seem to live up to that promise - yet?

Marxists, as a group, have tried to make the key element of capitalism the wage relationship & wage labour because their aversion to Black liberation is stronger than their dedication to historical materialism.

To say it again in a simpler/clearer (but longer) way:

- Capitalism is a system where capital (money for investment) rules the world.
- This system was built on slavery. It was also built on the work of "free" people, but slavery was super important. You can't ignore it.
- So anti-capitalist theory has to treat slavery as very important.
- Marxists are anti-capitalist theorists. But most of them don't treat slavery as important, even though slavery was happening everywhere when Marxism was created.
- They focus on "free" labour instead because it fits better with the rest of their worldview.
- So their worldview actually is very similar to the people they say they're against.
- Marxism even has principles that say people shouldn't let their worldviews get in the way of good theory, but they seem to do it a lot anyway. This is ironic.

@feoh some might say, "Never commercially host anything you're not willing to lose" 😋

Gitea is back up and running again, but with no snenanigans this time. Tonight I will actually TEST a restore from backups (I'd tested several shared, just not ... THAT one :\ )

Live and learn! The whole point of this self hosting exercise was to dust off my badly atrophied sysadmin-fu so, yeah, this is that! :)

I hate it when I'm too clever for my own good. Like a bright boy, I set up my local Git server (Gitea) as a VM on ProxMox and told it to use my NAS storage for the disk image. Bad idea. ESPECIALLY given that ProxMox already has a nice "Backup" function bundled that lets you do the sensible thing and run the VM locally but back it up to whatever storage you want, including your NAS where hopefully you're enacting full backup discipline.

Upshot of this particular bit of Dunning Kruger effect induced ineptitude? Not only is the VM image gone because that ProxMox host went pear shaped, but the actual repository files, carefully segregated in their own Git share, are empty.

Thankfully, I was saved by a couple of SUPER critical factors:

1) Never self host anything you're not willing to lose unless you're REALLY willing to treat it like production
2) Git is totally awesome, and if you have a check-out somewhere, you have the entire repository contents.

Saved by a fresh check-out on my spare laptop!

The one thing that keeps grinding my gears about FLOSS is that many GUI are super unintuitive and very inconvenient to use. Look at this window for example. How do I do anything useful in here?

Every now and then someone asks me to tell them how to do something that I consider to be simple/easy so i start going over the things they need to know first - knowledge/skill foundations, little quirks to avoid, etc - and slowly realizing that maybe... actually, this isn't as simple as I feel it is.

And maybe I should start appreciating what I can do better.

PS. A huge thank-you to the lovely folks who provided the German, French, Spanish, and Dutch translations :)

@piggo @feoh @xmanmonk
Ugh! I thought a dns issue just screwed up the upload but it seems the image itself was corrupted. This one should work.

@kelbot The Pocket CHIP looks incredible but I'm also super impressed with the Anbernic rg351m with 351Elec despite the smaller screen. Some incredible open source work goes into that distro. The polish is super impressive IMO.

I can’t believe I’m having to write this code in a fucking web server. What a mockery of the web, human rights, and the GDPR.

whenever i'm suspicious about someone, i go to the local library and scroll through microfiche to determine that they have a dark past 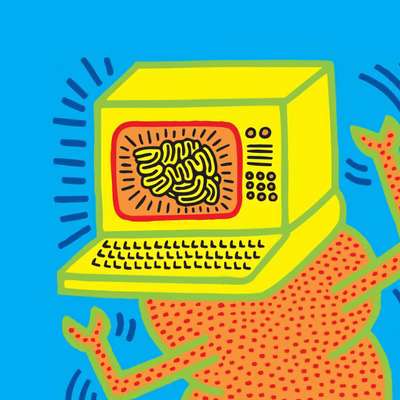 The first Metabolist Monthly Mascot is ready and it is great, very excited to reveal it May 1st 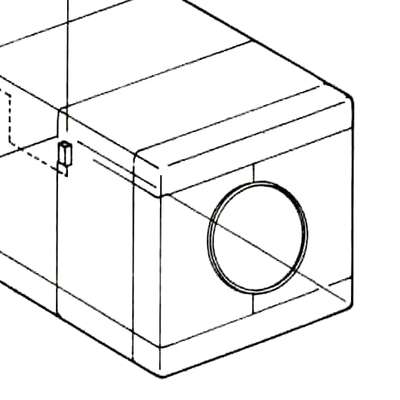 Metatext is a free, open source Mastodon client for iOS. It remembers your home timeline position, has a searchable emoji picker, and many more great features.

Reality check needed: I've noticed that my 2013 Macbook Pro running Kubuntu 21.04 consumes about 13% of its battery per day while asleep. What do you folks get for sleeping power draw on your Intel Linux laptops?

Gonna just repeat myself a bit and boggle at how amazing 351elec is: https://github.com/351ELEC/351ELEC

It's like a retro-gamer's dream platform, hyper-optimized for one particular handheld :)

On most systems the stuff I'm trimming down would probably make little if any noticeable difference. On the PocketCHIP it means the difference between being able to play audio smoothly and a significant battery life improvement.

OK this is incredibly nifty and defies description:

It's a spreadsheet, it's a programming language, it's a network transparent all of thee above!

Husband. Freemason, and raging nerd, in that order. I chase bright shiny things! I build clouds for a living. Retrocomputing, programming, science fiction.