I don't know if I want to drastically increase or drastically decrease the amount of time I spend online, but it's definitely one of the two.

sticker on my guitar that reads THIS MACHINE SPARKS JOY

it is a Good Video Game

just finished Ori and the Blind Forest!! Well, I saw the credits earlier today but I went back to collect everything

I've found a lot of information about masks, why you should wear one, and how to make them.

It's all worth sharing, so I'm making a thread of it here to keep track of things.

decided to make some pride flags using only colours from doom sprites. i couldnt find any purple, this turned out to be a big issue

you ever wanna play sm64 but you only ever played the DS version, and even then, you borrowed it from someone (who you're not friends with anymore because he was an asshole) and unfortunately you gave it back before you stopped being friends so you can't even play that?

the best kind of cooking show 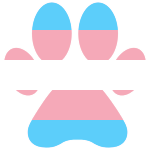 A lot of that comes down to the way your life situation changes from kid -> adult rather than a change in video games themselves, but it's really nice

Like I feel like the combination of not knowing THAT much about the game, having the actual free time to play through it without wanting to rush it to get back to life, and the way it can be a bit challenging at times but it isn't insanely hard (playing on normal mode anyway) makes it all add up to the kind of experience I haven't had with a video game since I was a kid

get you a girl that has four wolves

Check out Daft Punk's new single "Get Lucky" if you get the chance. Sound of the summer.

Today I learned that a handful of famicom games were put into NES cartridges, and they're exclusively for this amazingly industrial-looking Nintendo jukebox. (the NES games in the photo are just for show, they wouldn't actually be compatible with the machine, nor would Famicombox games work in an NES.)

I feel I'm going to be discovering new ultra-rare old video game stuff that existed in Japan until I die. Next year it's going to be a Sony VCR that doubles as a Sega Saturn. It plays VHS tapes but has a second slot for special proprietary betamax saturn cartridges. The games you could buy in this format were Sonic 3D Blast and Zoop. They only sold 3 units to children's hospitals in late 1997.

Me: Opening the balcony door to get some fresh air

thinking about old games and resolving that the next time i go home to Canada, I dig mine out... I forced my parents to never get rid of that kind of stuff. I think we almost got rid of some at a garage sale once but thankfully no one bought them LOL

those two words are NOT similar in meaning

I don't know if I want to drastically increase or drastically decrease the amount of time I spend online, but it's definitely one of the two.