I make games, mods, music, other weird stuff, and archive too many things.

P.S. I will deeply miss being able to tell people my handle is "@cybre.space".

Silly posting aside, I want to thank the Cybrespace staff for all their hard work, I will miss this place and I'm sad to see it go, but I understand where staff is coming from. I'm not sure what mastodon I'll be on, but I'll be on Frag-Net's Matrix and other networks. In short, "I'll be around".

So long, and thanks for all the fish.

SUSE and the rest of modern #RedHat #Linux was driving me nuts. I had #Pipewire fail on me almost every day because too many audio processes running at once I guess. And even force restarting it via systemd never worked, audio stutters would return after a few mins. I had to restart the system like I was on Windows.

Everything works so well here on OpenBSD, I wish a lot more of the BSD standards were adopted like sndio.

The ever increasing corporatization of Linux just saddens me as a lot of these changes don't benefit the users and introduce unneeded headaches to sysadmins and developers.

I'm a fairly young person who grew up with Windows, so I have no nostalgia for the Unix way, it's just that Unix/BSD just makes so much sense. I wish Linux would stop trying to be Windows, I fell in love with Linux because it was different, sane, and functional.

Anyways, time to setup Slackware on the desktop for piping what I can't run. At least X forwarding works there :)

I've been waiting for this moment for months now!

The code hasn't been pushed to https://gitea.com/Ta180m/gitea yet since it's incredibly messy, but I'll clean it up tomorrow and also submit a draft pull request to upstream Gitea.

horia @horia@honk.vedetta.com
Durden is a desktop environment for Arcan (a powerful display server and multimedia framework)

I know most have already had their fun with DALL·E AI, but I thought I'd post my two favorite results my partner and I got a few days ago

Since today brought back many memories, I have never been able to find a custom map played during the pre-order beta:

It was a CTF map where each teams flag had a shield, but each team needed to control a power plant in the middle of the map to deactivate the other teams shield, thus being able to capture the flag. It was a really unique map I've never seen since.

I'm happy to see how positive the #savetf2 event was, and it's nice that Valve responded.

I remember back when TF2 was considered vaporware for many years, then to finally see those two trailers just drop out of nowhere back in 2006, it was pretty mind blowing to me as a kid. It was crazy enough it materialized seemingly out of nowhere, but that evolution from TFC/QWTF was awesome.

I remember the "grenade debate" but I frankly don't miss them in TF2, they belong in TFC/QWTF.

I remember being a little annoyed that TF2 was delayed because of the "Black Box", but we all know how awesome the "Orange Box" turned out.

And I remember the many events in the game: Medic update, Spy vs. Sniper, Demo vs. Solider, the Halloween updates, great times.

Not to mention all the custom servers and maps that made the game what it is today. I still miss 2F2F, what a great community that was.

Sorry for another boring HL post, but this is something I think the community really should adopt.

This is a great small write-up by my friend @youkarah about why PK3/PK4 should be in Steam GoldSrc:

I really hope we get this, we've already been repackaging old maps to be in PK3/PK4 for FreeHL!

I've hacked around and managed to get a master-server for DNF 2001 up and running!

All the important bits happen server-side so no binary patching should be necessary unless you don't want to mess with your hosts file.

I feel compelled to post this since Team Fortress 2 is one of my favorite games:

I agree the current state of Team Fortress 2 is upsetting, but harassing the developers (especially ones not even working on it) is the number one way of getting a developer to not listen to your request.

As a game developer and player, I condemn this behavior.

You are free to express dissatisfaction or disagreement, but harassment doesn't help you, and it certainly doesn't convince them. 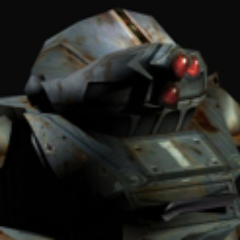 #gnustep #openstep #cocoa
Didn't get to work much more on this yesterday, but I'm parsing my Steam library properly now. Just writing a front-end for fun. Oddly enough the NSTableView only shows the first icon. 🤔 Time to debug later.

Someone handed us every AOL CD. That is, every variation of every America On-Line CD-ROM. Over 5,000 variations.

My first toot has a misspelling, guess that's a good introduction for me.

I normally try not to comment on current events, but one thing I can say is:

I left Twitter years ago while joining Mastodon months ago and I've only been happier with those choices as time goes on.

I make games, mods, music, other weird stuff, and archive too many things.