Finally pushed out a project I've worked on with some friends, which is a level pack for one of our favorite Half-Life mods, Scientist Hunt. We have released it before, but this is our "final" update to the pack. We wanted to make our 10 year anniversary of the original release but we weren't completely finished yet, so we decided to just release it anyways in a public beta form!

I've attached some screens of the new maps (levels) we've included with the cyberpunk-ish city being my map (Tokyo) and the other two shots (HDBigBash and HDHudc) being Suparsonik's new maps. Keep in mind they're still not 100% yet.

Also threw together a teaser, my first upload in almost five years! 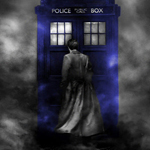 @Xylemon Not sure if you'd be up for sending that to @JollyWangcore@twitter.com at some point, for whenever they get back to playing Half-Life maps. (I'm a fan of their stupidity, which is why I mention 'em)

Seems like a "fun" pack to mess around on :)