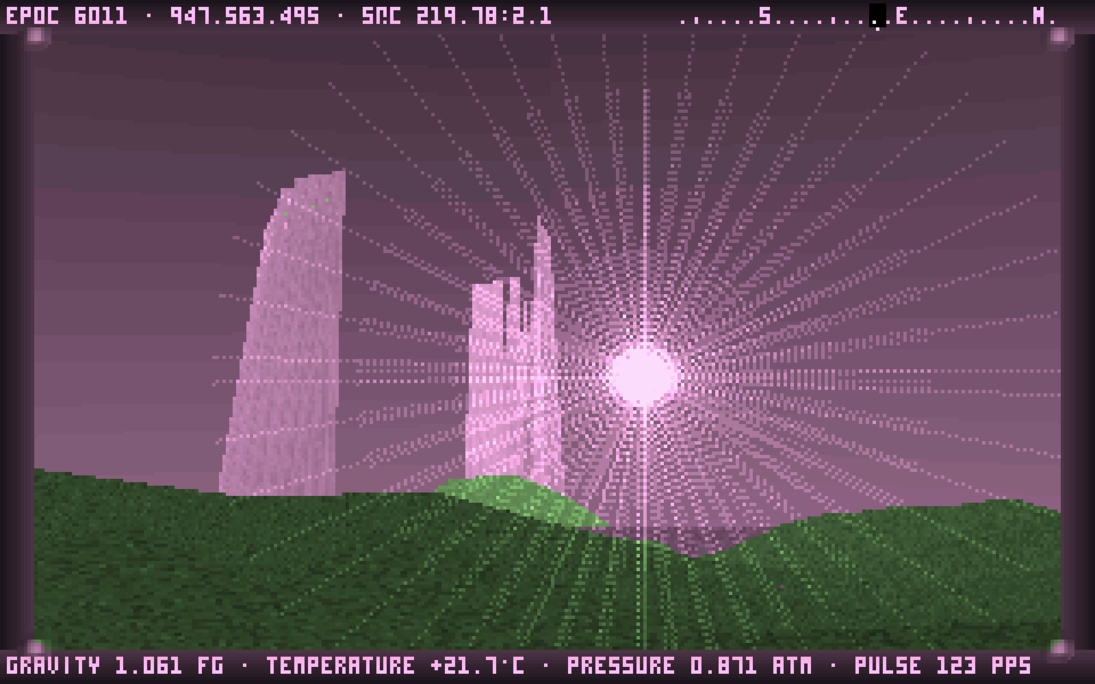 I do lots of random stuff because my brain has too many chemicals inside of it. 1994 ⚧

searching "earth day nft" to put myself on tilt

"3 Running forward with eyes closed
In this section we shall show that the Angel of sufficiently large power can defeat the Nice
Devil."

@hierarchon I think it's all personal. I would say I value art, music, etc, and I value time and tools I can use to make art. I also value human compassion and safety

I think the philosophy conflict between pro-crypto and anti-crypto people is I don't believe something has value because it is scarce. citing economic theory from the 1800s is not going to change my value system

@ignaloidas I personally would prefer bitcoin to not use this much energy. I don't think "proof that the ledger is consistent" is so valuable that it necessitates this much energy usage. and it's only increasing, when does the madness end

@maemachinebroke omg I should add -J and see what it does

it even generates full-block redacted sections

I got the gpt2c program working with the large model and it will just generate entire SCP articles from "Item #: SCP-420"

@cinebox I wonder if they ask miners to do the same

@ignaloidas yeah, I don't expect you to give me raw numbers, but it is something I would expect from a whitepaper. as it stands, the whitepaper just reads as wishful thinking. the closest actionable thing I can glean from the paper is "lets install ASICs behind metering systems that only mine while renewable supply is high. that will result in >51% hash rate and so bitcoin will be green"

@ignaloidas cheap, continuous, dirty electricty is how you get 33% of the global hash rate running off one coal fired power plant in xinjiang

@ignaloidas I'd love to see how strongly the price difference would need to be to fight the incentive for a miner to run continuously. it would also need to be global since miners that can afford to run continuously will get a luck boost while the miners following the duck curve reduce their hash rate to follow the energy supply

I do lots of random stuff because my brain has too many chemicals inside of it. 1994 ⚧