so, 1, someone was lying about being the author of a classic rage comic meme to sell a NFT, but 2, reading between the lines about the name change, the artist of the 'no me gusta' meme face is trans?????????

indie game secrets: the PC version of Braid can be played with alternative keyboard controls - instead of arrow keys and spacebar, you can use WASD and Z, respectively, allowing you to comfortably play the game using only your left hand. this feature is hinted with a pile of blocks on a shelf in the overworld house, and was developed because jon blow is a wanker

update: I decided to stop pretending to have a ringbuffer and everything is fine now

let me use a slice. an iterator. anything that means I don't have to bend over backwards to jam your interface into my not-quite-Vec

[screams in ringbuffers and functions that only take Vec]

[beethoven's fifth voice] you got a pog 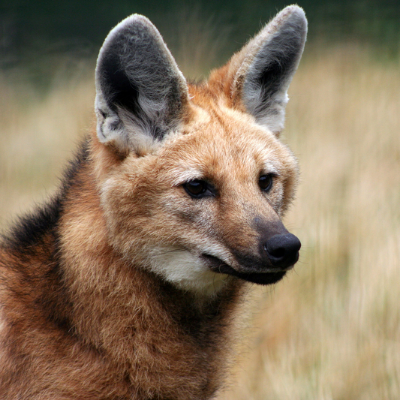 My chronically ill friend wants to know if there is such a thing as an aide/service where you can explain your medical history ONCE, and they'll coordinate explaining things / communicating with doctors and handling all of that. Particularly if they can accompany you to appointments.

Is this a thing? My friend simply does not have the capacity any longer to continue explaining their entire medical situation to doctors over and over, especially since doctors are so fucking ableist

oh good, it was really awkward not having syntax highlighting for those

Vaccines, blood clotting, reasons for the pause, not as bad as most people think

So, two of the vaccines, J&J and Oxford/AstraZenica appear to cause blood clotting. The numbers ARE less then would be killed by COVID, so we are going to keep using these until we have enough of the other vaccines. We also know some of the risk factors, so places like Canada are keeping using them, but when possible focusing on populations with lower risk factors. (Which, helpfully, align well with people most at risk from COVID: people with weaker immune systems.)

The main reason for the pause was actually as the way you treat these clots are NOT the same way you normally would, so they wanted a few days to make sure all doctors and medical professionals were told about what symptoms to watch for and how to treat it. Looking at the data was also done, but they wanted hospitals ready to save you if this happens.

i'd like a digital camera that worked like a point & shoot film camera, with no battery. i bet you could have the same cheap thumbwheel mechanism that winds the film on, but instead have it wind up a spring or something, which would, when released, spin a dynamo and power up a tiny SoC and the CCD for long enough to take a picture and dump it to an SD card and then power off again

asking for help with medical expenses

Hi everyone. I hate do do this but we're all out of painkillers, I currently don't have any health insurance, and my chronic back pain doesn't seem to care much about that. I need strong stuff because my drug tolerance against all the usual painkillers available is so high that I'd get liver problems from the doses I'd have to take. Let me figure out how go get my hands on the medicine I need, but for now I'd be grateful for any help with covering the costs. I won't need much. Thank you. 🖤

fractela from a github issue

2^N is not something one should bring up so casually. Learn to respect the exponential. Respect - and fear. 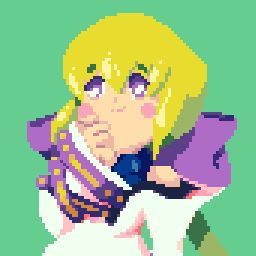 a trans friend of mine is trying to apply for a SSN under her own name. she isn't a us citizen so she doesn't have one, and her passport is under her deadname. does anyone have experience dealing with a similar situation?

Typing of the Dead × Yahoo! Answers

Also, the way the Atari brand got tossed around really puts into perspective how brand names are just a huge corporate puppeteer show, exploited for their recognition and the ability to tug at the heartstrings of millions

See also Accolade (which funnily enough was itself acquired by Infogrames—you know, that company that renamed all its regional subsidiaries to Atari, before consuming the US version and renaming itself Atari—and was also *founded by employees of the OG Atari*)—anyway Accolade the company was absorbed by Infogrames, then the brand sat and collected dust for a while, then they hocked it off to Tommo who also did nothing with it, until a Hong Kong holding company said "hey we want to do something with this" and then they waved around the name to lend legitimacy to a shitty Bubsy revival so people would go "wow Accolade is back!" when really it's a meaningless shell

Like, there's obviously all of the mess with the original Atari crashing in '84 and starting the chain reaction of the Atari brand splitting and scattering every which way, with the most notable offender being Infogrames

But that doesn't even get into what happened when Jack Tramiel, founder of Commodore and its leader for 30 years, stormed out of his company in 1984, and went on to found a new computer company...

...only for Atari to basically fall into his lap, whereupon he acquired their entire consumer division and dubbed his own company "Atari Corporation"

So he ran with their in-development Atari ST design and drove the company into direct competition with Commodore; practically the epitome of spite

Atari Corp lost out in this war, of course, before both companies were crushed by the all-encompassing PC market and the high-flying Apple; but they made much more of a dent than they would have otherwise